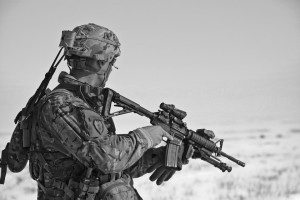 The Australian Department of Immigration is on high-alert in light of the recent turmoil within Syria. The Department has the power to cancel the Visa of anyone fighting alongside any armed group, including anti-ISIS militia.

Australia has introduced a number of sweeping security reforms in response to the high number of Australian citizens or Visa holders who have travelled to Iraq and Syria to fight alongside armed groups. The Australian Government has emphasised that returnees from military camps within Syria could face a life behind bars.

Canadian visa-holder, Robert Somerville, was detained earlier this week upon his arrival at Brisbane Airport. He informed immigration authorities that he had spent the previous six months in armed combat against ISIS, alongside the Syrian Kurdish YPG. The YPG militia has not been classified as a terror group by the Australian Government but is considered an affiliate of the separatist group, the PKK which has been listed as a terrorist group. Somerville has subsequently been informed that his visa has been cancelled and that he will be immediately deported.

Allegedly, Somerville faces deportation because he failed to disclose his Kurdish nickname given to him by Kurdish fighters.  Given he informed the DIBP that he had been fighting ISIS, one could be forgiven for saying this appears to be an immaterial non-disclosure, which should be overlooked given his material disclosures. He claims his cancellation may be contestable and that it appears to have “political undertones”.