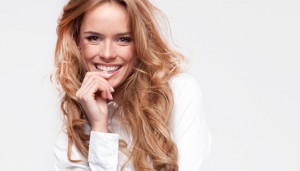 The Migration Place loves love the Irish, and wants to help you all stay here with our Australian Immigration Discount! Anyone holding an Irish Passport, or having any Irish heritage, is invited to have a free initial consultation with us until 17 April 2015. If you pay a deposit before 17 April 2015, then we will also give you a 15% discount off our already competitive fixed price!

Many people do not realise that none of the convicts who came to Australia were Irish – they all came freely!
The Irish helped Australia establish itself in the mining sectors and continue to help with the modern mining developments.
The Irish influence on our culture and development is undisputed, and we want to say thank you by helping you stay here!

The Migration Place is a division of Irish Bentley Lawyers.
Zeke, the Principal migration lawyer with The Migration Place, has a son born on 17 March, and we have been fortunate to have had a number of Irish solicitors and staff work with us over the years.

Indeed, Zeke’s family’s background goes back to the first 150 free Irish settlers who arrived in Australia, namely Paddy Hannan from County Cork.
Paddy was Zeke’s great-great-grandfather, and he is famous for establishing the gold mining boom of the 1890s in Western Australia.
The story goes like this – Paddy was riding to Mount Youle in Western Australia in 1893, when his horse cast a shoe. Whilst helping his horse, Paddy noticed signs of gold in the area, and promptly filed a Reward Claim which lead to hundreds of men swarming to the area in search of gold, and the entire area being named “Hannan’s”.
Hannan’s was later renamed “Kalgoorlie” and is considered by some to be the richest square mile of earth on the planet, and Paddy’s find resulted in the first big kick start to the WA mining boom!

In his memory, The Migration Place would like to help any Irish folk stay here, and we look forward to hearing from you about your Australian Immigration Discount.