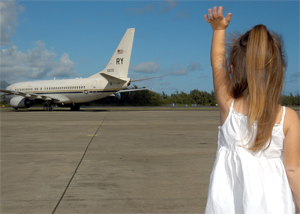 Many PR visa holders have assumed – for decades – that they can safely build a family life here, without fear that their visa will be cancelled. They are wrong. A permanent residency visa is not as permanent as everyone has believed for decades. That safety was removed in 2013 when the Migration Act was amended to allow the Immigration Department to cancel anyone’s visa, if they have EVER been sentenced to a 12 month jail (even if they did not have to serve a day inside, and even if the conviction happened decades ago!).

We have been seeing clients who have had their PR visas cancelled, even though they have lived here since the 1960s on PR visas, on the basis that they received a criminal conviction some time in their life – even if that conviction happened decades ago (we have seen several where the offence was in the 1980s and 1990s!). Some of these people have shining community contributions, others have children and grandchildren born here, whilst others are the full time carers for their elderly wives and grandparents.

Deportation is happening with little or not notice, and with little or no ability to seek the help of the Courts and tribunals. Their families are distraught that they will be split up, because of something that happened 20+ years ago. 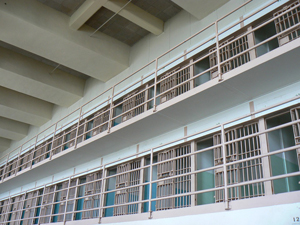 The immigration department’s recent activity is raising all sorts of constitutional issues about how Australia treats its residents, how these laws fail to allow consideration to be given to keeping the Australian family together, and how they fail to give consideration to the families that rely upon these people who are being deported. Australia signed and ratified the hague convention which is an international treaty which (amongst other things) enshrines the importance of keeping families together – seemingly no regard is being given to Australia’s international obligations, sort the impact that deportation will have on the families left behind.

There are also issues with what this means for the convictions entered – anyone who receives a sentence should be entitled to some that is the punishment, and once they have been punished, they can build a new life without fear that they will be punished 20 years later by being deported also! Any law that operates in this retrospective way is regrettable as it erodes the certainty of our justice system. Then there is the whole debate about rehabilitation, and allowing someone who has committed a crime, to reform and to be a contributor to the community.

Despite all of these issues, some 600 visas have been cancelled over the last year on this basis, with hundreds of Australian families left to work out how they will cope without the deported family member. It does not seem to be letting up either – The Minister for the Department of Immigration and Border Protection, Peter Dutton, appears to be cracking the whip on the power to cancel visas, set out in section 501 of the Migration Act.

A record number of visas have been cancelled over the last few months, and these cancellations have not been since WWII, when they were used against Japanese and German born residents of Australia. 2016 is not a war time, and one really has to question why we are doing this, and why the government has tried to prevent the Courts or tribunals from having any say in the fairness or appropriateness of any cancellation.

Under the new legislation, the Minister has the right to revoke the visa of non-residents found to have spent 12 months or more in prison whilst being in the country. Time spent in jail is cumulative, which means that even if the visa holder has spent a few short stints in jail for a variety of offences, these prison terms are then added up and if they are over 12 months, there is a strong likelihood their visa will be cancelled.

It is likely that the judge would not have Ordered a 12 month sentence had that judge been aware that it would lead to the person being deported two decades later.

60% of Deportations From New Zealand

In the last financial year, it was reported that almost 600 people had their visas cancelled due to a variety of reasons, some of which were minor matters such as road rage or driving while on a suspended licence. Of these cancellations, a majority (almost 60%) came from New Zealand citizens.

In the last 12 months since changes to the Migration Act have been legislated, Mr Dutton has been ruthless with his deportation of non-residents who have broken the law.

Late last year, we reported on an Australian-raised man (born in Chile), who was deported due to violating the conditions of his residency visa – having completed an 18 month stint in jail for drug possession and theft. The man had lived in Australia since he was one year old and was sent back to his country of birth where he had no knowledge of the language and was unable to financially support himself because he could not integrate and find work. The poor man was forced to leave his partner and two children in Australia, while he was sent to Chile. Under new legislation, the Minister is not required to take into consideration family ties when deciding whether someone should have their visa cancelled or not.

Mr Dutton is adamant about sending out a strong message to migrant workers who come to Australia and violate community standards by engaging in criminal behaviour and serving time in prison. He warns “We will continue to target you by cancelling your visa and will remove you from Australia as soon as possible”.

Mr Dutton states that while Australia is still accepting of foreign visitors in Australia, he makes no apology for his zero-tolerance approach for those who have been involved in criminal activity while staying in the country. In an interview with The Daily Telegraph, Mr Dutton is stated as saying “I do not believe people think for a moment that somebody who is here as a guest in our country, who has murdered somebody or committed a sexual offence, that they should remain in our society”.

The problem of course is that it is not just murderers and sex offenders that have been targeted – it is ANYONE with a 12 month sentence, irrespective of whether they have been in jail. It is happening to people who only have a traffic matter to be embarrassed about , or a minor drug possession whilst in their youth. It is happening to people who have reformed and have been given Awards for their contributions to the community…..but the real problem is these people often have Australian families – spouses, children and grandchildren – all of whom are being punished as well.