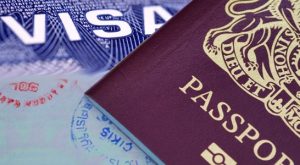 s been a monumental year so far for changes occurring to most visas; most importantly this includes very big changes to skilled visas. As of the 18th of April 2017, Prime Minister Malcom Turnbull has announced a complete abolishment of the popular Temporary Work Visa or what is better known as the 457 visa. Since the Prime Minister’s announcement, reforms have begun to slowly remove the popular 457 visa program and no new applications for this visa will be accepted after March 2018. Over 200 skilled occupations have been removed already.

The STSOL will be updated every 6 months based on information from the Department of Employment. Occupations listed for the MLTSSL have been considered as a high significance to the Australian economy and support the Governments strategies.

The new system will help maintain Australian jobs and ensure Australian workers have first priority for jobs, which the Prime Minister Malcolm Turnbull has deemed as a necessity!

These particular programs will help to fill shortages in the Australian job market and help Australians learn critical employment skills by strengthening training responsibilities. These new visas will become stricter, including mandatory police checks and strict English language requirements. Fortunately, some new occupations have been added while we will unfortunately say goodbye to many others.

New eligibility requirements for Medium Term to Long Term (MLTSSL, up to 4 years)

Who are those affected?

The occupation lists under the original 457 visa have been cut quite significantly. The previous occupation list contained 651 occupations which have now been reduced by over 200.  A small number of these remaining occupations can only be accessed by employers in regional Australia, for example, occupations that relate to cultivation, to help support regional employers. It is important to note, Australia does want to continue to offer opportunities to all cultures as migration is essential to make Australia the beautiful, successful multicultural nation it is. These changes are simply to reinforce the reliability of skilled migration programs.

If you are a current 457 visa holder, there is no need to worry! You may hold your current 457 visa until the date of expiration. However, the news is not as pleasant for any unapproved 457 nomination applicants whose occupation has been removed – however the Department may refund the lodgment fees for those people affected.

Reforms will continue to take place every couple of months and ultimately end in March of 2018 when the 457 visa program will be completely eliminated and replaced with the two new streams.

Having any questions or concerns? We are here to help!