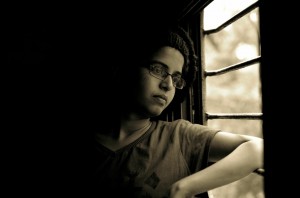 The High Court of Australia has recently ruled the government’s offshore immigration detention regime is lawful, rejecting a legal challenge to the constitutionality of its offshore processing system. Approximately 250 asylum seekers including 37 Australian-born babies will now be condemned to a life of uncertainty in the detention centres in Nauru and Manus Island. The ruling has put an end to the asylum seekers’ dreams of settling in Australia on the grounds that the offshore detention centres are unlawful.

There are 54 children who are currently attending Australian classrooms who face being returned to Nauru as well as 12 women who have been seriously sexually assaulted in Nauru. A worker who formerly worked at the Nauru detention centre is extremely worried for the asylum seekers, especially those who have developed mental health conditions and those who have a self-harm history, as many of them saw the High Court case as their last hope.

Daniel Webb, the Human Rights Law Centre legal advocacy director has said that “legality is one thing. The morality is another.” The Greens political party agree, and have stated that it is child abuse if Australia forces the child asylum seekers to return to detention.

Despite the pressure on Prime Minister Malcolm Turnbull to allow the children and babies to remain in Australia, Mr Turnbull was determined that a line needs to be drawn to stop what he calls the people-smuggling trade. However, everyday Australians need to ask themselves, is this the sort of country we really want to be? We also need to consider what the rest of the World think of us – Australia accepts less refugees per capita than almost any 1st or 2nd world country in the World, and is regularly criticised for its treatment of detainees.